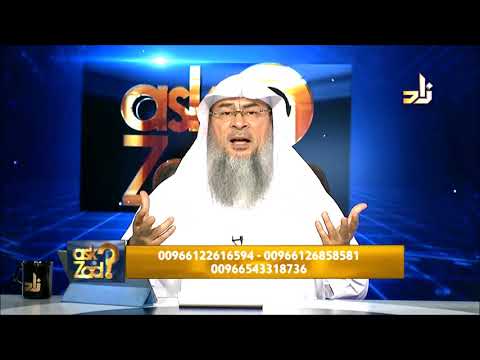 Firstly the new multi language app version was released today. https://play.google.com/store/apps/details?id=com.ximcoin.ximwallet with native Chinese, Hindi, Urdu & Russian language version detection . All groups which have strongly adopted XIM. It also includes a live XIM:USD price indicator which is important in the export import world where everyone uses the USD price.
The live price widget https://price.ximcoin.com also makes an appearance at www.ximcoin.com/wallet/ which might seem very underwhelming however we have big plans for this little guys underlying architecture to turn into something akin to a fully fledged paypal sales button companies can include in their company websites.
As usual I would have hoped to have gotten more done this week however the first half of the week was spent meeting and discussing Sharia compliance with regards to crypto with a Dubai based potential financial partner, alot of this revolved around Sharia compliance. Im not muslim but it is a subject everyone in the crypto world needs to get familiar with and especially in the export import world you can see XIM https://www.ExportID.com has a very high adoption from muslim export companies. In a nutshell the jury is out and there is a theological battle going on as to if crypto like XIM is compliant or not. I personally didnt want to form partnerships until the scholarly debate is settled. It boils down to Sharia financial rules were primarily supposed protect people from inflationary lending debt and also currency speculation based on nothing and its the second part which is causing the debate. XIM doesnt have inflation built in which is good (halal) however XLM does (1% per year and technically this isnt good (haram)).
But there is a battle going on regarding the speculation issue because obviously if followed to the very letter you are going back to trading lumps of gold and no one wants that. Islamic scholars are releasing whitepapers on the subject and we will see how it all shakes out but right now it seems that crypto like XIM is halal, in fact a London mosque just started accepting it https://www.independent.co.uk/life-style/gadgets-and-tech/news/bitcoin-halal-london-mosque-donations-cryptocurrency-islam-sharia-law-muslim-ramadan-zakat-a8364846.html.

Previous reviews: Jan, Feb, Mar
Crypto moves way too fast for me to keep up, so I aggregate each day's biggest headline and publish the list at the end of the month. Below is my list for March. My main news source was reddit. My main holdings are ETH and NANO, but I try to make these lists as unbiased as possible.
Market cap movement throughout April - mostly up!
4/1 - In an April Fools “meta-joke”, Ethereum founder Vitalik Buterin proposes an Ether hard cap of 120 million ETH, garnering a fair amount of community support.
4/2 - The ICO for a coin created by Centra, famously endorsed by Floyd Mayweather Jr. and DJ Khaled, is halted by the SEC due to suspected fraudulent activity.
4/3 - Vitalik Buterin questions the mathematics of Bitcoin Cash supporter Craig Wright and calls him a “fraud” during the Deconomy conference. Wright claims to be the person behind the Bitcoin creator alias Satoshi Nakamoto
4/4 - A Verge user discovers that a malicious mining pool exploited a bug in Verge’s mining algorithm to mine 1 block per second for 13 hours, for a total of $4.3 million.
4/ 5 - The Reserve Bank of India bans RBI-regulated banks from processing cryptocurrency transactions.
4/6 - After calling cryptocurrency a “bubble” in January, George Soros gives his hedge fund SorosFund the green light to invest in cryptocurrency.
4/7 - VenRock, a $3 billion venture capital firm run by the family of John D. Rockefeller, partners with CoinFund to invest in blockchain technology.
4/8 - Twitter suspends the @bitcoin account, which was controlled by a Bitcoin Cash supporter.
4/9 - In response to a class-action lawsuit filed against them, the Nano Foundation announces an official legal fund for victims of the BitGrail theft and maintains their view that a vulnerability in BitGrail’s code was responsible for the theft.
4/10 - Golem’s Brass mainnet is released on Github.
4/11 - Request Network partners with Digix to support invoicing in gold.
4/12 - Islamic scholar Mufti Muhammad Abu Bakar publishes a paper concluding that Bitcoin is halal and permissible under Sharia law.
4/13 - ZCash completes its “Powers of Tau” ceremony to make its privacy blockchain more secure and to prepare for an upcoming hard fork.
4/14 - Po.et releases an official WordPress plugin that uses their blockchain to timestamp content and defend against plagiarism.
4/15 - Genetic blockchain company DNAtix transfers the complete genome of a virus over blockchain, the first instance of DNA being transmitted using this method.
4/16 - Popular crypto YouTuber and ICO investor Ian Balina is hacked live on stream, resulting in the theft of $2 million of his cryptoassets.
4/17 - [Link is NSFW] After weeks of hype and speculation, PornHub announces that they will accept Verge’s XVG as payment.
4/18 - Dow Jones Media Group announces a partnership with Basic Attention Token to serve premium content to Brave browser users.
4/19 - Fujitsu reveals that it is running a full IOTA node to support its tangle-based use cases.
4/20 - IBM head of blockchain Jesse Lund states that Stellar is the foundation of their entire cross-border payments strategy and a key part of their overall blockchain platform strategy.
4/21 - VeChain announces the addition of a multi-party payment protocol that will facilitate behind-the-scenes blockchain transactions between two users who do not have to be token holders.
4/22 - LinkedIn co-founder Eric Ly states that the website’s ban on ICO advertisements is only temporary.
4/23 - Modum announces its cooperation with the Swiss postal service to deliver a temperature-monitoring solution that enables regulatory compliance for shipments containing medicinal and other temperature-sensitive products.
4/24 - A Google DNS hack results in the hijacking of MyEtherWallet’s domain name, leading to the theft of over $150k worth of ETH.
4/25 - Nasdaq CEO Adena Friedman states that the Nasdaq will consider becoming a crypto exchange over time. She also grants their “exchange surveillance technology” to the Winklevoss-backed Gemini exchange to ensure a “rules-based” marketplace for users.
4/26 - Vitalik Buterin announces he is boycotting CoinDesk’s Consensus conference due, in part, to “sensationalist” headlines regarding EIP 999, which proposed a means of recovery of lost funds on Ethereum. The OmiseGo team also joins in the boycott.
4/27 - France lowers its capital gains tax rate on cryptocurrency from 45% to 19%.
4/28 - Despite a ban on cryptocurrency trading, Iran pushes forward with an experimental local cryptocurrency for its banking system.
4/29 -Newly crowned #5 cryptocurrency EOS breaks the $20 barrier as investors anticipate its main net launch.
4/30 - Vitalik Buterin releases a proof-of-concept for a method of implementing sharding on the Ethereum main net, which will dramatically increase the scalability of the chain if successful.

An Islamic scholar has declared bitcoin permissible under Sharia Law, potentially opening up the cryptocurrency market to investment from 1.6 billion Muslims around the world.
The publication of the study into whether bitcoin is halal or haram preceded unprecedented price gains for bitcoin, which saw it’s value surge by more than $1,000 in less than an hour.
This has led some analysts to speculate that news of bitcoin’s Sharia law compliance may have contributed to the price spike.
The study, by Muhammad Abu-Bakar of Blossom Finance in Indonesia, explored the functionality of bitcoin and other cryptocurrencies to determine whether they fit with Islam’s strict definitions of money.
“Several recent fatawah issued by prominent Muslim scholars offered incomplete or contradictory opinions on the topic,” said Matthew Martin, CEO of Blossom Finance.
“With all the confusion out there, we wanted to offer clear guidance supported by solid research that benefits both laypeople and practitioners of Islamic finance.”
The study’s author points to the fact that bitcoin is recognised as a legal currency in Germany and therefore qualifies as Islamic money in that country.
“Bitcoin is permissible in principal as bitcoin is treated as valuable by market price on global exchanges and it is accepted for payment at a wide variety of merchants,” the study states.
“Moreover, many private individuals accept bitcoin as a medium of exchange in their private
Bitcoin’s dramatic price gains on Thursday, 12 April, have been largely attributed to a handful of actors who have significant holdings of the cryptocurrency.
In the space of an hour, more than a billion dollars worth of bitcoin trades were registered on exchanges - the largest one hour trade volume in history.
The semi-anonymous nature of bitcoin means it is not possible to determine who was behind the trades, however some analysts have speculated that the significant investment in bitcoin may have been influenced by the positive news.
The price of bitcoin can often be swayed by positive or negative news in the cryptocurrency space and this latest study may have had some influence in the recent rise and could help contribute to future gains.
“Many speculated that the sentiment around bitcoin was getting more positive, and that it may have been related to Sharia law compliance,” Olga Feldmeier, CEO of fintech startup Smart Valor, told The Independent.
“Others assumed there was unwinding of a large short-selling position. I personally think that this rise was due to a large institutional investor.”
Start mining cryptocurrency

A lot of bitcoin traders trade on just speculation, which is almost the same as gambling and thus haram. The majority, they say, carries the vote; hence, many Islamic scholars consider bitcoin trading to be total haram. Trading bitcoin is halal if you come up with a trading strategy and do not trade on probabilities. Is Bitcoin Halal or Haram, in the end? We believe that it is something that left to official religious bodies to decide on. Even the match does not match up with the illegal activity comments of authorities. while at its top market cap Bitcoin never passed above $300 Bln, the criminal world is having over $1 Trln. To this extent, digital currency is permissible in Islamic. However, the same scholars believe that bitcoin can be manipulated in closed circles as there have been allegations of multiple market manipulations and bitcoin exchanges faking the trading volume in the past year. In this aspect, some scholars view bitcoin as haram. But trading where the interest rate is involved is Haram. But in this case, bitcoin is not linked to anything such as interest rate so it is fine and Muslims can invest in Bitcoins as well. People often ask if Bitcoin does not include interest rates then how is it multiplying with such great intensity. Bitcoin Halal or bitcoin haram is a concept that is not going to be resolved easily. There are some rules that consider bitcoin halal while others consider it haram. However, so far it has been proved that there are some aspects and features of bitcoin that are considered halal but if you are planning to use it for gambling or other such tasks

Are bitcoin and cryptocurrencies Halal in Islam? Or are they haram? There has been some debate on this topic in recent times. An analysis by Dr. Yasir Qadhi expounds how and why bitcoin and ... Is bitcoin halal in Islamic point or view? Assim Al Hakeem ... Bitcoin Halal or Haram? - Duration: 19:00. ... Islamic Finance - FOREX Trading: Halal or Haram by Sheikh Hacene Chebbani - Duration ... Why can't your body handle a punch to the liver? - Human Anatomy Kenhub - Duration: 6:10. Kenhub - Learn Human Anatomy Recommended for you cryptocurrency is halal or haram one coin halal or haram fatwa for one coin one l - Duration: 11:14. Daily Haqeeqat Tv 182,281 views Part 4 in a 4 part series. Is Bitcoin Halal Series: Is Investing in Bitcoin Halal or Haram?http://www.islamandbitcoin.com/blog/halal-series-investing Visit u...